Children are the challenge - Kiera Chapter 2 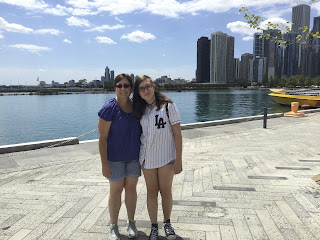 It's been six years since I last wrote about Kiera on this blog.  Two years ago we moved to Iowa.  She has developed into a fine young woman and turned a corner last year in which she decided her friends needed to reflect her own common sense.  This path was realized by open, frank, and timely conversations.  She is surrounded by high quality friends who are nicely positioning themselves to rule the world.

I am pleased that as she has matured, she still includes her mother and I in her life and her decisions.  She feels comfortable enough with us that she doesn't need to hide who she is.  Last year, interrupting a moment of silence, she told her mother she thought she might be bi-sexual.  There was a girl in her friend group she was emotionally and physically attracted to. A couple of months later she told us she was pansexual.  She discovered this scale on the spectrum when she  joined the Colors group at school.  Colors is a group that supports LGBTQ kids and their friends.

We didn't dismiss this revelation.  We accepted it at face value.  We also didn't share her news outside of our immediate family.  We knew she was trying to figure out what it meant.  She "dated" a couple of kids from school.  Both boys and girls.  The guidance she received from us was, "Only do what you are comfortable with." We also advised her to take things slow.  Don't rush to commitment. Don't limit yourself to dating just one person.  Some of our advice was well received and some of it has been ignored.  At the end of the day, we are observers.  Our only role is to preserve her ability to consent.

We knew we had little to worry about from the kids she chose to "date".  We were less concerned with the fact she believed she was bi-sexual than we were about how our conservative Mormon family members would treat her.  The pernicious evil that exist in our world is not homosexual relationships. The evil exists in a self righteous belief that their brand of morality is better than ours.  It is in the harm they might inflict on our child out of ignorance and hate.

Last week, Kiera made it public.  She is in a relationship with a girl.  Téa is a delightful young woman.  She is a senior and has been accepted to the University of Iowa. She comes bundled with a ton of energy. We asked Kiera if she realized she had outed herself when she posted the Facebook status.  She said she had nothing to hide.  We agree.

How long will this relationship last?  We don't know.  We will be moving in a year.  It could end long before the move or it could endure in spite of the move.  What we do know is that if anyone has anything harmful or judgmental to say to our child, they will hear from us.  We would rather end a familial relationship or a friendship than to allow them to make her feel she is broken, twisted, perverted or immoral. Our child and her mental and emotional health are precious to us. What we do know is the move to Iowa allowed Kiera to discover who she is.  We cannot imagine how much more difficult it would have been to help her navigate this portion of her life if we had remained in Utah.